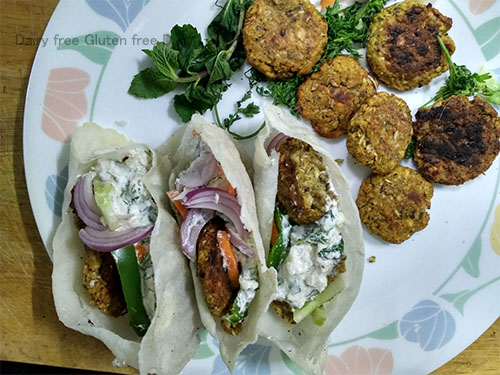 Falafel pita is a popular food in Middle East & Mediterranean countries. The two main ingredients are pita bread and falafel.  The pita bread is normally made with wheat flour. But I have used Rice Flour to make healthy Gluten free Pita with Falafel. I have already given a recipe for Falafel.

What is Pita bread?

Pita bread has its origin from Middle East & Mediterranean countries. Its other names are Arabic bread, Syrian bread & Greek pita. Its mainly a family of flat breads made with wheat flour & leavened with yeast. The common versions of Pita are steam puffed that have interior pockets.

Having gone gluten free, I found it hard to find gluten free pita in the markets. Though there are plenty of gluten free flours available off shelf in the West, it has still not caught up in India.  That left me with making my own pita.

This Gluten free Pita with Falafel is easy to make and contains no yeast and simple ingredients. I added boiled and mashed potato and coconut milk with rice flour for the extra softness. The result was, it turned out soft & fluffy. However, if you are concerned about adding potatoes & coconut milk, you can still make normal rice rotis (Bhakri) or any gluten free rotis. But make sure they fluff up so that you get pockets for stuffing. 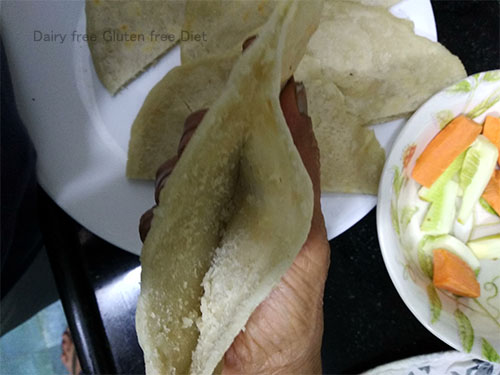 It becomes a wholesome food when you stuff protein filled Falafel and other green vegetables in these pockets. More so since it is Gluten and Dairy free. 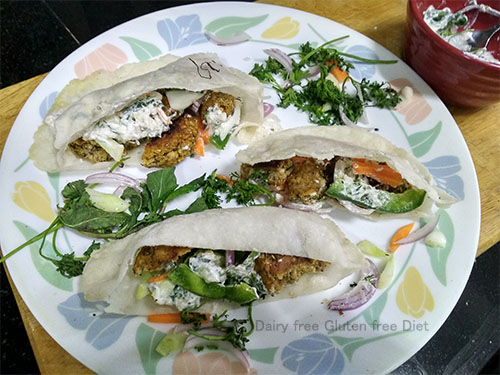 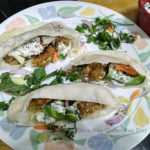 Serve Pita stuffed with Falafel, green veggies, topped with yoghurt dip. (Recipe for the dip given in Falafel link) 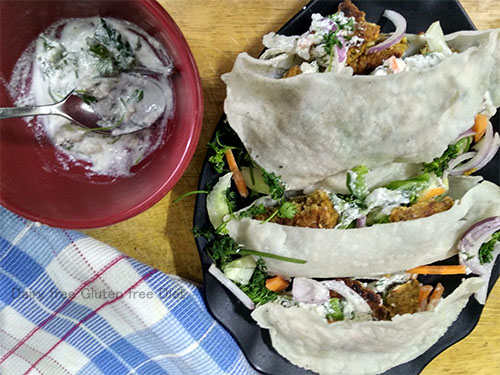