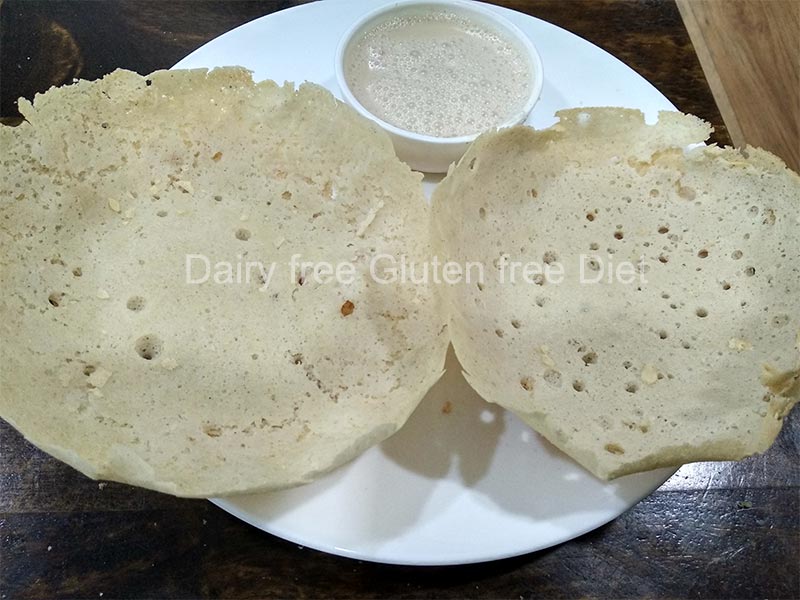 Aappam (hoppers) is a speciality from the lands of Sri Lanka and Indian States of Kerala & Tamil Nadu. Essentially fermented rice pancakes, appam is a very healthy breakfast as you can prepare it with zero oil. The crispy edges and the spongy centre make aappams an unique dish, tasty and delicious. However, as a variation I have added Jowar flour also to make these Jowar Aappam.

The origin of Appam is disputed and potential sources of origin might be Sri Lanka, says wikipedia. In Kerala, they use vegetable stew and in Tamil Nadu, vegetable kurma as accompaniments for aappam.

Traditionally they used to ferment the batter with toddy. But slowly down the lane, with toddy not being available, yeast came into rescue.

But I have not used any yeast or baking powder for fermenting. I ground the ingredients in the evening and got a well fermented batter next day morning.

Lastly, I never use non-stick vessels. Hence, I made it in my cast iron kadai. However, if you like,  you can use non-stick aappam pan for easy cooking. 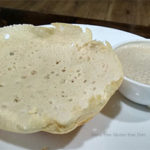 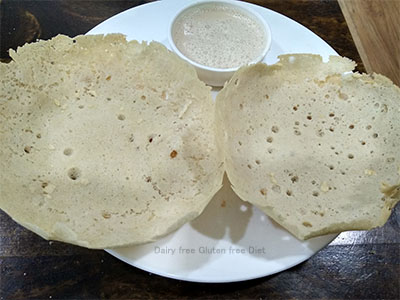 In Srilanka, Appams are served with Pol Sambol. You can try it.