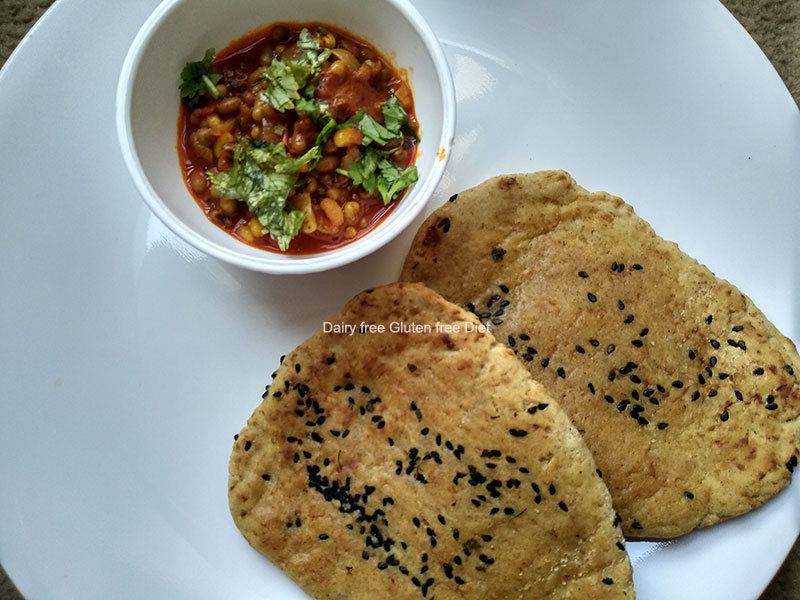 Who does not love naan? It is the most favourite item that’s ordered when one goes to a restaurant to dine. The most familiar and readily available varieties of naan in Western countries are those from the Indian subcontinent. This Gluten free Tawa Naan uses Jowar (Sorghum), Rice and Tapioca flours. It is a healthier version of common naan that uses refined flour.

Different varieties of flatbreads like Roti, Paratha, Kulcha, Pita and Naan are common household names in India. While Roti / Chapati is the simplest form, the rest are a little more exotic kind. Kulcha, Pita and Naan use leavening agents such as yeast. Modern recipes sometimes substitute baking powder for the yeast. Amritsari Alu Kulcha is the most popular Kulcha in Punjab. Aside that what distinguishes Naan from the rest is that it is cooked in a Tandoor traditionally. But most of us do not possess a Tandoor at home. This Tawa naan is the answer to all of us.

It is easy to make dhaba style naan in a Tawa at home. But nonstick skillet will not work for this recipe. Iron tawa or skillet works the best for making Tawa Naan. The reason being we need to stick the naan in the tawa with water and turn the tawa with naan upside down to cook directly on the flame. This is not possible in non-stick pan. 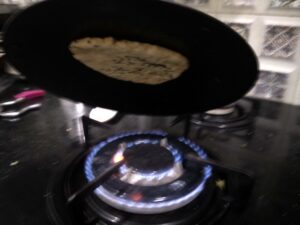 I have kept this recipe very simple. I have just added Kalonji (onion seeds). You can add garlic and make garlic naan; add herbs and spices of your choice in the dough; add cheese and make cheesy naan. The options are limitless. Also you can make it any shape. Oval, round, triangle are the most favourite shapes. You can play around with this as you please.

This being a Gluten free Naan, we need to understand some basic principles. This dough is not elastic and hence does not require too much kneading. Secondly, it does not rise as much as the typical naan with refined flour. Thirdly, it is better to roll it on a baking sheet / parchment sheet to lift it easily and place it on the tawa. I have added psyllium husk for binding. However, you can skip it if you do not have it. You would still be able to knead the dough.

Serve this Gluten free Tawa Naan with Dal for a healthy and sumptuous meal. 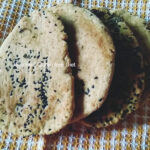 Who does not love naan? It is the most favourite item that’s ordered when one goes to a restaurant to dine. The most familiar and readily available varieties of naan in Western countries are those from the Indian subcontinent. This Gluten free Tawa Naan is a healthier version of common naan that uses refined flour.
Prep Time10 mins
Cook Time20 mins
Resting time30 mins
Course: Main Course
Cuisine: North India
Keyword: indian cuisine, naan bread is often served with a curry or a dal (lentils). the curry can be o
Servings: 4 Naan

If desired spread butter/ oil on the naan. I preferred it without butter.
Share on:
WhatsApp