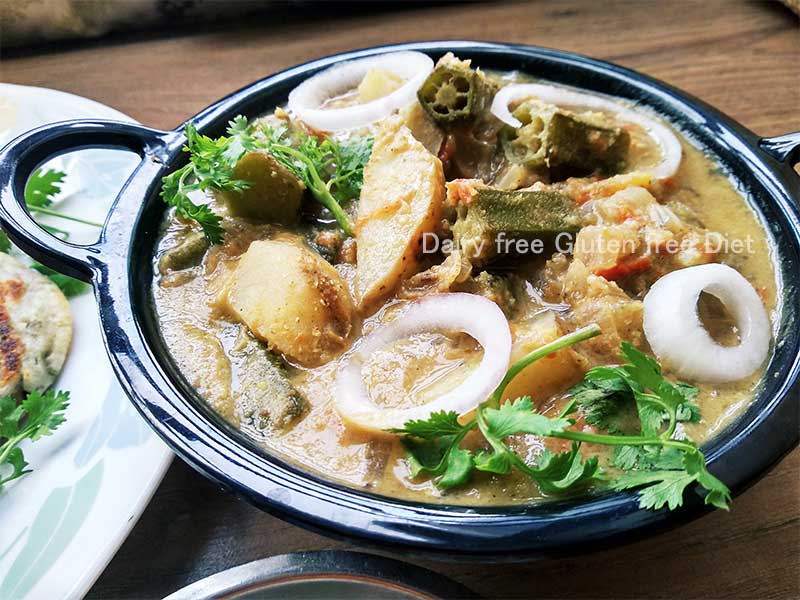 Aloo Bhindi Korma is a curry with mild spices in coconut and nuts gravy. This Korma is different from the normal Aloo bhindi sabzi. Here you cook the vegetables in a gravy of coconut, green chilli, and ginger etc. This is predominantly a South Indian / Maharashtrian flavouring. Particularly in this Aloo Bhindi Korma, I have avoided the use of yogurt / curd. Instead, I have added lots of tomatoes.  In short, this is a korma minus the curd / dahi plus tomatoes and ladiesfinger.

Korma has its roots in the Mughlai cuisine. A characteristic Mughal dish, it was a favourite dish in the Mughal court kitchens. Interestingly, Korma is said to have been served to Shah Jahan and his guests at the inauguration of the Taj Mahal.

The most popular among Korma are Chicken Korma and Mixed Vegetable Korma. In a typical South Indian restaurant Korma is always the accompanying dish with Idli, dosa, etc. As I said earlier, normally korma always makes use of curd / yogurt in the gravy. Also a normal veg korma uses only English vegetables like carrots, cauliflower, French beans, etc. I had around 10 bhindis (ladies finger) left in my refrigerator. I thought why not pair it with universal Aloo and make a Korma instead of normal dry sabzi? Why not avoid the curd and use lots of tomatoes instead? The result is this Aloo Bhindi Korma. 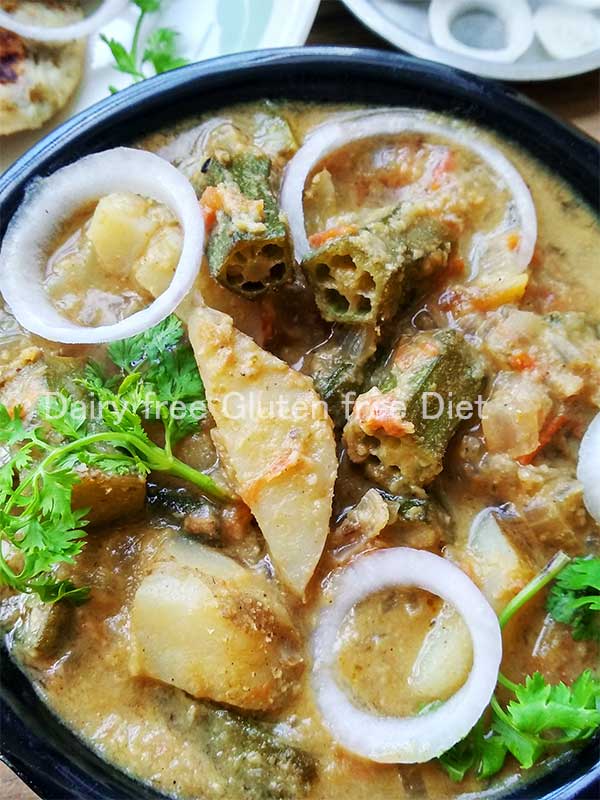 Initially though I was skeptical about how bhindi will taste in a coconut based gravy. Because, bhindi is normally a dry sabzi or sabzi in tomato gravy.  But after cooking, I must say, my apprehensions went wrong. This is a very tasty dish.

Finally, I have not added Poppy seeds (Khus Khus) in this recipe as some readers from Middle East had expressed concern since it is banned in those countries. Hence I have added cashew nuts. However, if you wish to use poppy seeds, you might very well add them.

I served it today with Uthappam for breakfast. ? 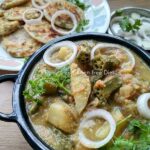 Grind to a paste: